Celebrating the Familiar with a Contemporary Flair for Nostalgia 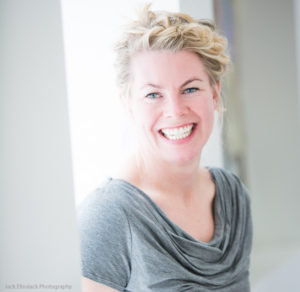 Erin Berrett is an oil painter known for still lifes depicting beloved objects, such as newspapers, candies and household items. Her style is a mix of contemporary realism and nostalgia, and her works celebrate the familiar with a modern flair all her own.

Erin has created art her whole life, progressing from drawing and doodling to experimenting with watercolor, acrylics and pastels. Once she began art school at the University of Utah, she took up oil painting and found her ideal medium.

“It’s been a long time of oil painting and I’m a huge fan,” Erin says. “I love how it feels and smells and reacts. I get the right colors I want.”

But discovering the joy of oil painting wasn’t all art school provided her. In fact, Erin met and was mentored by teachers who supported her and pushed her progress. She says the teachers she’s had all her life have been pivotal in shaping her artistic style today.

“I had great elementary, high school and college teachers,” she says. “I had no plan B. I just always wanted to be an artist. And now here I am.”

When Erin was ready to dive into art full-time, she quit her job and spent an entire year painting. She needed to build up her body of work, so she focused solely on that, not even attempting to sell one piece. Once she felt she had enough to make her debut, she applied for the Utah Arts Festival and was accepted. The first day of the show was nerve-racking for Erin –– until she made her first sale.

“I went behind the tent and called my husband and said, ‘I’m going to be okay!’,” Erin says. “And then I basically sold out and won best of show and it’s just been on and on since then.”

That Erin’s paintings are so popular is no surprise. She has a knack for bringing unexpected twists to the familiar. By doing so, she paints what people can connect to, which brings about forgotten memories, smiles and stories.

“My objects are connectable –– people can have memories with my things pretty easily,” she says. “But if someone loves the painting and they’ve connected to it and it means something to them, that is a really special thing to be a part of.”

Luckily for fans of her art, Erin has no shortage of ideas. She is constantly brainstorming and finds inspiration everywhere. She says she has a huge idea file and opens it when she’s deciding on a new subject. Then she decides which mood she wants to capture –– such as cheerful or playful –– before choosing the paint for her palette.

Commissions have also played a big part in her journey. She said one commission of cowboy boots inspired her to paint a pair of spurs, which kicked off her interest in painting metal and reflective subjects.

Another place where ideas flow is the Celebration of Fine Art. Erin says people won’t understand what makes the show so special and unique until they enter the big white tents for themselves.

“It’s so hard to explain until you see it,” she says. “A long show like this has a slower pace, it’s more intimate and people are not hurried –– they’re taking their time and getting to know you. It’s been really validating, fulfilling and rewarding. I have really loved it!”

See more of Erin’s story below:

Interpreting Pathways Between Heaven and Earth Through SymbolsUncovering the Dynamic Power and Beauty of Florals
Erin Berrettoil painting
April 24, 2020in Blog